This summer we had my wife’s sister visit us from Germany. This gave us an opportunity to sneak in a week long road trip through Utah into Nevada.

After hours of deciding what we thought would be the best National and State parks to visit, we finally selected Bryce Canyon, Zion, and the Valley of Fire (one of my personal favorites). Later that night we set voyage to reach Bryce Canyon National Park by sunrise.

The moment we left I-70 a shimmer of light began to brighten up the sky and before I knew it I was driving alongside the rising sun. The day before had brought rain to this part of Utah, allowing for all the ranches to have a light blanket of fog. I’ve seen many sunrises around the world, but this truly was amazing.

We arrived shortly after in the park, and to my liking – I didn’t have to hike very far to see a spectacular view. Although some photographer’s would argue – I think Sunset point was a fantastic place to see the morning sun as it captured the warmth and vibrant colors in the rock structures.

After an hour or so of walking around steep gravel paths on the edge of cliffs, we decided to head towards Zion National Park.

As we entered the park, it lacked the “wow” factor. After heading towards the visitor’s center, we quickly were reminded why this was a national park. We entered a cave/tunnel which was rather boring and dark but at every “window” we saw such an amazing view as we were driving in the canyon wall. Although we only stopped a few times, we were able to capture the late morning light and dramatic mountains.

We stopped off in Overton, NV and a few days into our trip decided to visit Valley of Fire. I’ve been there before, but mostly have rushed through the park and this last visit only had a simple Sony Cybershot which limited my ability to get high quality photos.

This trip to the park was different as I had my Canon and we planned to visit prior to dusk allowing us to capture some of the desert sunset. Nature was on our side by giving us some small clouds in the sky to reflect the sunlight. We stayed on the White Domes trail until it was dangerously dark, and although I didn’t have a tripod in hand, the rocks provided a great stable platform for the low light photos.

For those of you looking for a fun road trip with beautiful scenery I REALLY recommend going to all of these parks. Not to mention the drive is always spectacular no matter the time of day.

What is my idea of photography? 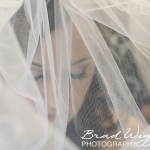 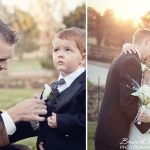 Photography is a two-way street
Scroll to top

This site uses cookies. By continuing to browse the site, you are agreeing to our use of cookies.

We may request cookies to be set on your device. We use cookies to let us know when you visit our websites, how you interact with us, to enrich your user experience, and to customize your relationship with our website.

Click on the different category headings to find out more. You can also change some of your preferences. Note that blocking some types of cookies may impact your experience on our websites and the services we are able to offer.

These cookies are strictly necessary to provide you with services available through our website and to use some of its features.

Because these cookies are strictly necessary to deliver the website, refusing them will have impact how our site functions. You always can block or delete cookies by changing your browser settings and force blocking all cookies on this website. But this will always prompt you to accept/refuse cookies when revisiting our site.

We fully respect if you want to refuse cookies but to avoid asking you again and again kindly allow us to store a cookie for that. You are free to opt out any time or opt in for other cookies to get a better experience. If you refuse cookies we will remove all set cookies in our domain.

We provide you with a list of stored cookies on your computer in our domain so you can check what we stored. Due to security reasons we are not able to show or modify cookies from other domains. You can check these in your browser security settings.

These cookies collect information that is used either in aggregate form to help us understand how our website is being used or how effective our marketing campaigns are, or to help us customize our website and application for you in order to enhance your experience.

If you do not want that we track your visit to our site you can disable tracking in your browser here:

We also use different external services like Google Webfonts, Google Maps, and external Video providers. Since these providers may collect personal data like your IP address we allow you to block them here. Please be aware that this might heavily reduce the functionality and appearance of our site. Changes will take effect once you reload the page.

The following cookies are also needed - You can choose if you want to allow them: